On Thursday, February 27th, 2020, Department of Equity Studies Professor Maggie Quirt and her HREQ 3020 Commemoration and Human Rights class had the pleasure of welcoming Markham Councillors Andrew Keyes and Isa Lee to lecture for a discussion of a recent motion to ban the raising of flags of foreign nations at the Markham Civic Centre. At issue was the question of whether flying the flags of foreign nations with questionable human rights records should be permitted. 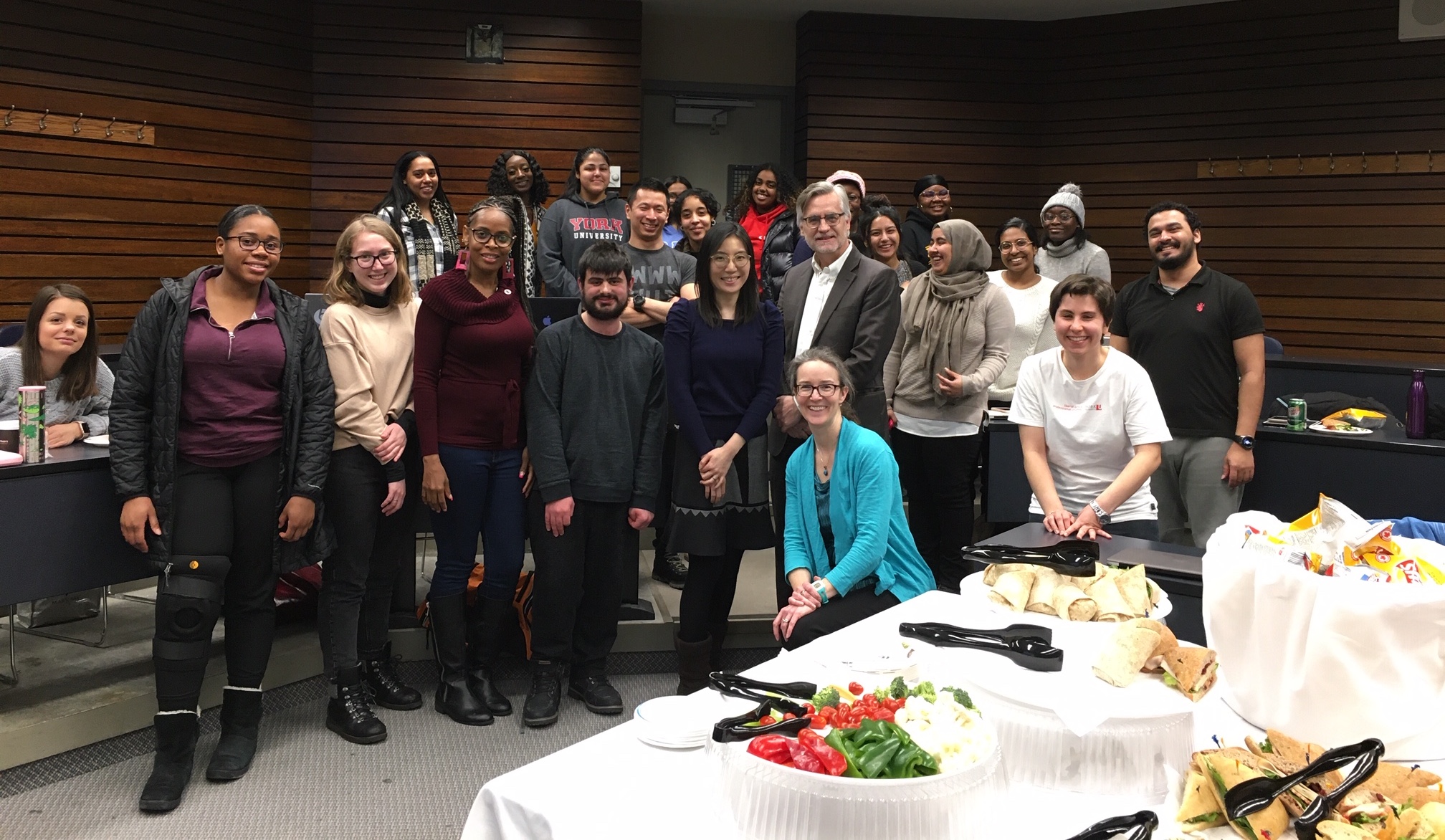 During the discussion, Councillor Lee explained how she attended many flag-raising ceremonies well before becoming an elected councillor, and always understood these events to be a recognition of heritage and culture. It was not until after the election that the human rights issues related to flag-raising came to her attention.

Councillor Keyes, on the other hand, recognized flag-raising ceremonies in communities as more political rather than cultural; and argued that the practice may further escalate ethnic tensions. He added that he recognized the sensitive nature of this issue and noted that raising awareness is an opportunity to de-escalate tension.

While Councillor Keyes and Councillor Lee voted differently on the motion (which ultimately did not pass), both agreed that the banning of flag-raising suppresses the right to expression. At the same time, as councillors representing a broad range of constituents, they recognized the need to encourage inclusivity in the City of Markham and for the families of different ethnic and cultural background that reside there.

Human Rights and Equity Studies (HREQ) students had ample opportunity to ask the councillors questions, and a lively discussion ensued. One concern noted by HREQ students was the double standard of Markham residents critiquing the human rights record of other nations when human rights abuses against Indigenous peoples in Canada are ongoing.